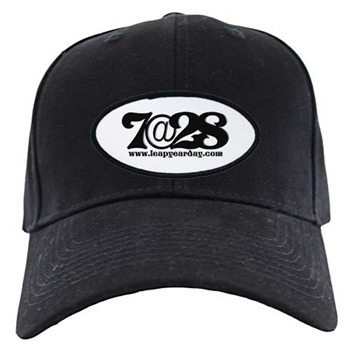 February 28, 1988 happened to be warm and sunny, unseasonably so; and since my husband had already taken the week off of work for our child’s birth, he and his buddy decided to go fishing. In his defense, there was really no sign that I was going into labor any time soon. However, as morning turned into afternoon the contractions started. Since these were “pre cell phone” days, there was no way to contact my husband other than to call the lodge near the fishing lake. Luckily things progressed rather slowly, but by the time he got home I was fully in labor and ready to go to the hospital.

By the time we got into the delivery room, it was nearly 10:00 at night.  As midnight approached, the nurses in the room were clearly divided on the idea of having a child born on Leap Day, but consensus was that it would be a unique, unforgettable birthday. At 12:13 a.m. on February 29th, our son Micah was born. Our little Leap Day baby. We were overjoyed.

People often ask me what it is like for Micah to have such a special birthday, and how we celebrate on the “off” years. We decided from the beginning that we would treat February 28th as his birthday during the years that didn’t have a Leap Day, in order to at least keep it in the same month. Every fourth year, we have made a really big deal out of his REAL birthday by celebrating with a bigger party than usual. Also, we usually have a birthday cake with his actual birthday number, and one with his Leap Day age. The last time Micah had an actual birthday he turned six years old (@24) and this Monday will celebrate number 7(@28).

Micah has had a few unusual situations happen to him as a direct result of his birthdate. When he was three years old, he was admitted to the hospital for some emergency surgery. As we checked him in at the front desk, the clerk informed us that his “birthday can’t be right.” We assured her that it was, but the drop-down menu on the computer wouldn’t allow her to choose February 29th. She kept trying to type it in, and it kept defaulting to February 28th. However, when she finally changed it to February 28th, it informed her that there was no patient with that name and birthdate. It took us a long time to sort all of that out with the billing department.

Micah’s 20th birthday is probably one of his most memorable as an adult. Micah and Ben were both in college at that point, so we decided to take a weekend trip as a family. We had many fun things planned, but there is one activity that still makes us laugh to this day. All of us enjoy musical theater, and this Momma decided that it would be really fun to do a dinner theater on the first night of our birthday weekend. When we walked in, it was immediately obvious that we were the five youngest people in the building by about twenty years or more. The meal and the musical were both geared toward an older generation, and the boys were secretly mortified. That night was only redeemed by the fact that we were all able to laugh about it and make the best of it. Thankfully the rest of the weekend was fabulous.

Through the years we have tried really hard to make our middle son feel special on every birthday, but especially during Leap Year. This year is no different. For his gift, we had a t-shirt quilt made for him with his favorite shirts from his childhood through college years. His wife, his brothers and some friends are meeting to spend the weekend together in celebration. (just a guess, but probably NOT at a dinner theater). We are incredibly proud of the young man that he has become, and enjoy this special opportunity to wish him a Happy, Happy Leap Day birthday this year!