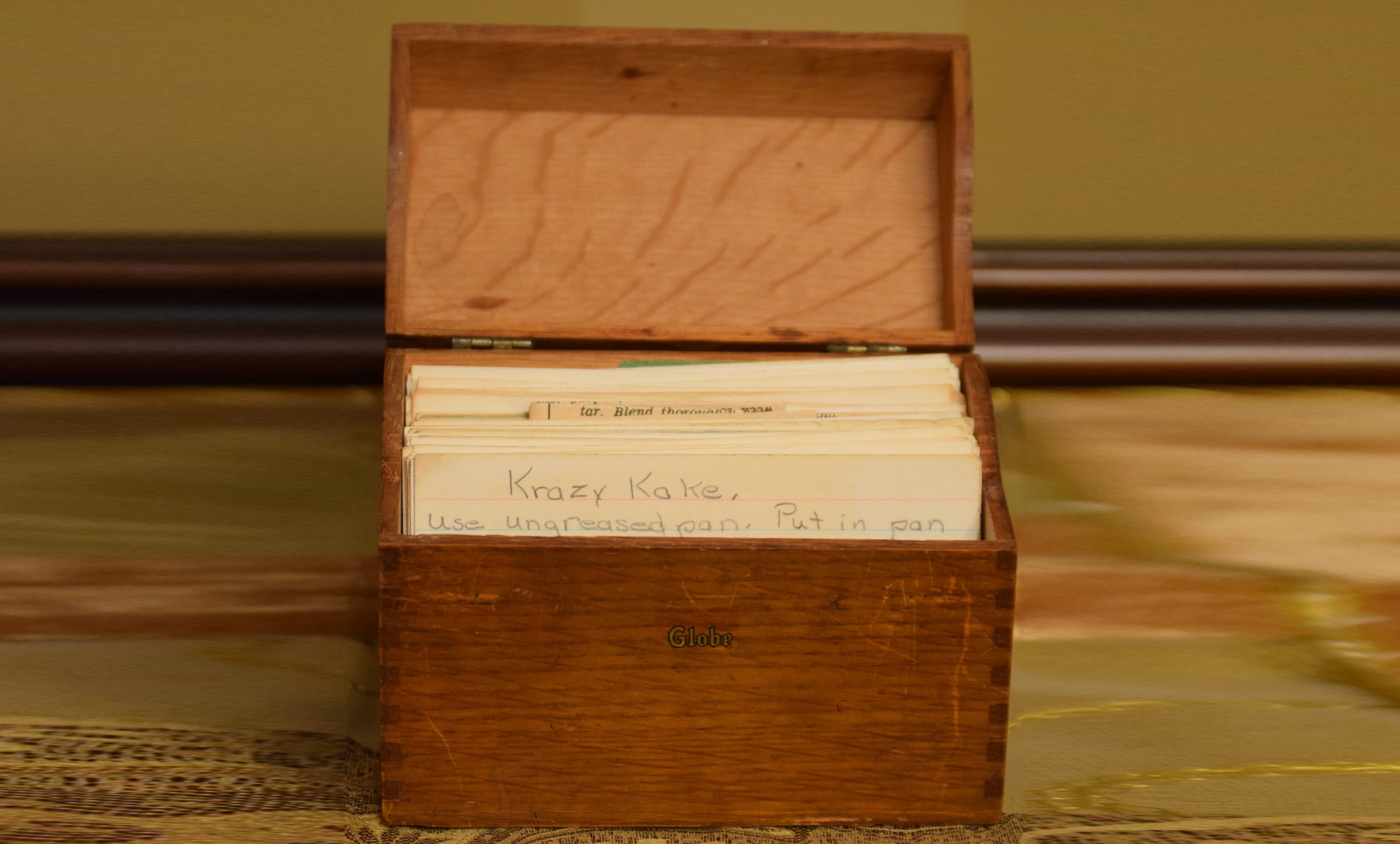 Many of our Sunday afternoons growing up were spent at my Grandmother’s house. The table was literally covered with food; salad, entrée, sides and desserts. My Grandmother, whom we affectionately called “Suzi,” was an amazing cook. She spent hours in preparation for each meal, and most dishes were made from scratch. Once in a while she used an available short-cut, but usually the ingredients were fresh and sometimes even picked from her own back yard.

During the recent downsizing of my parent’s house, we found some old recipe boxes that belonged to Suzi. Reading through them brought back so many memories. Her handwriting had become shakier in her latter years, but each card was written carefully with attention to details. Some of the dishes were among my favorites, and some I didn’t remember having a chance to try.

Taking this stroll down memory lane has been so much fun for me that I have decided to share some of my Grandmother’s recipes with you. As we approach the fall season, I have included a few that you might like to try out in the coming months. I have tried to write the ingredients and instructions just as Suzi did. I am starting with desserts, because she was a firm believer in eating dessert first if you felt so inclined. Please enjoy!

Use ungreased pan. Mix together the following ingredients in the actual baking pan:

Make 3 holes. Put one tsp. vanilla in one, 1 Tbs. vinegar in one, and 5 Tbs. vegetable oil in the other. Pour one cup water over the whole pan. Mix well. Add nuts on top.

1 quart apples (I looked this up; approximately 8 or 9 medium apples)

Put apples in bottom of pan. Sprinkle with other mixture. Bake at 375 degrees for 30 minutes.

Grease bottom only of 13 X 9 inch pan. In large mixer bowl, combine dry cake mix, water and 3 eggs. Blend and beat as directed on package. Pour into prepared pan. In small mixer bowl, beat pumpkin and 2 eggs. Pour evenly over batter. Pour boiling water over all. Bake at 350 degrees for 40 to 45 minutes until toothpick inserted in center comes out clean.

5 egg yolks (save whites for later in recipe)

Cream sugar and shortening. Add egg yoks one at a time, beating well after each yolk. Add flour, milk and soda. Then add vanilla, coconut and nuts. Fold in beaten egg whites.

Cream ingredients together and spread thinly over each layer. Top with chopped nuts.

Pour boiling water over tea bags. Cover and brew 3-5 minutes. Stir in cider and sugar. Heat, but do not boil. Add cinnamon sticks.

3 slices bacon (guessing you can use real bacon bits J)